W.A.A. Eddie was founded in 1925 by William Alexander Addison Eddie. At the age of 14 William began working in the fish markets of Aberdeen. At the age of 21 he decided to start his own business and borrowed £500 from his uncle, a successful Steam Traction Hirer and Engineer, to help get things off the ground.

William moved to Glasgow where he began trading fish in the famous Glasgow Fish Market, Old One Clyde Street. With the connections he made back in Aberdeen he was able to source fish different from those commonly found in the Glasgow market and his new business was off to a flying start.

Before the 2nd World War William began importing large quantities of cod, haddock and halibut from Iceland, which arrived by tramp steamer at Leith.

Over the next 20 years the business continued to grow with new branches appearing in London, Northshields, Aberdeen, Oban, Campbeltown, Tarbert and Thurso. This period saw dramatic changes in the fishing methods being used. The previous method of deep water trawling began to diminish and was being replaced by seine net fishing, a far more effective and sustainable method. 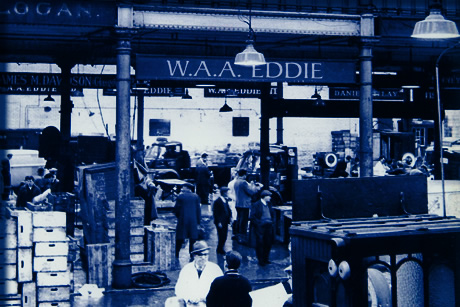 In 1966 his son, Jim Eddie, came into the business at the age of 16. He started his career as a fish worker in Aberdeen, quickly gaining experience and working his way up. Back then, the fish was packed and stored in railway arches on Glasgow's Howard Street.

In 1978, with the closing of the Clyde Street Fish Market, W.A.A. Eddie moved to the new Glasgow Fish Market, next to the Fruit Market, in the east end of the city. 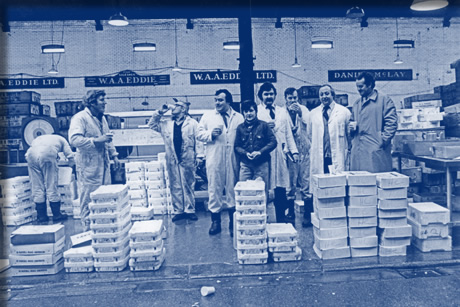 In 2012 W.A.A. Eddie moved into new, state of the art premises in the Glasgow fish market where they supply high level retailers from around the UK, which include Restaurants, Fishmongers and Farm Shops, as well as online retailers. 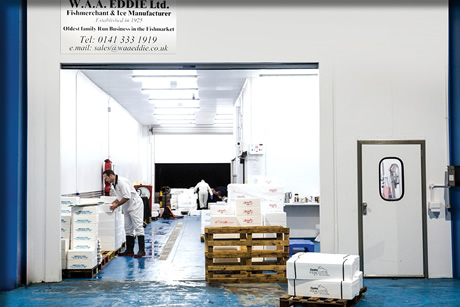